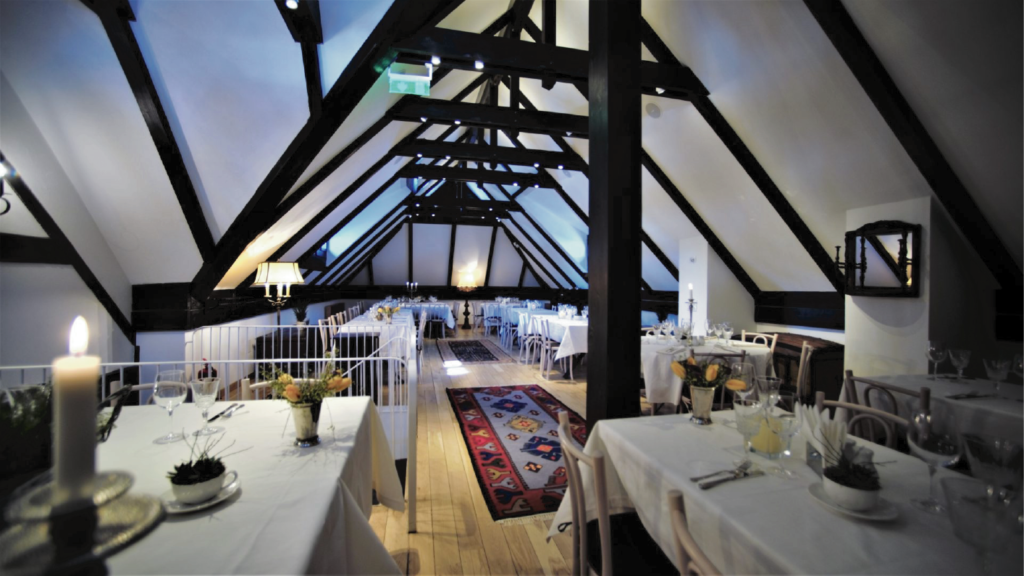 Tea House Restaurant is a very special project of LP Hospitality, to which Liviu Popescu dedicated most of his time, as he intended to recreate this space, situated in Bran Castle courtyard, and reserving its story as much as possible. Once the favorite place of Queen Maria, where she would savor her tea, now a chic restaurant, refined by definition. A place filled with history, preserving its inter-war fragrance, open to public on March 18, 2017. 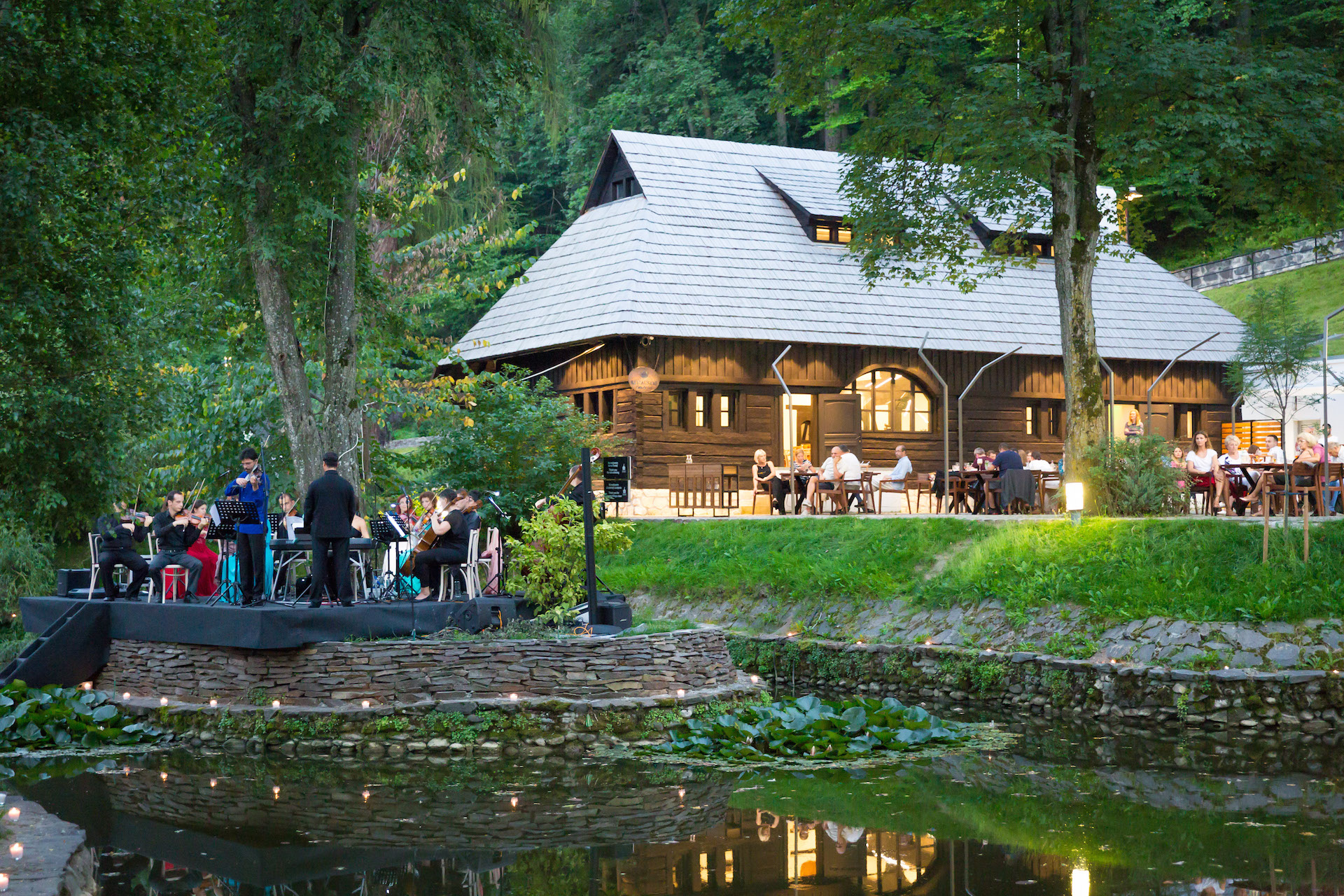 However, before it was inaugurated, there had been many months of sustained effort and of time dedicated exclusively to the Bran project. The LP Hospitality team started working on this project in August 2016, and the work ended after a year, in 2017.

At first, together with a team of architects, the place has been assessed, and unfortunately it was found to be in an advanced stage of degradation. For this reason, we chose to restore it. The first, and the most important objective, was to preserve as much as possible the story of Tea House. Thus, the process consisted in several stages: the construction was strengthened, some materials were replaced with similar or identical ones to those used so far, several existing interior or exterior elements were restored. Throughout this stage, the team of architects worked with design specialists.

The main goal set the direction of the project, so we knew right from the start, very precisely, that the history of the place, its royal spirit must be present in any element that would make Tea House whole again.

Among the ideas that helped us set our strategy is also the way how we visualized this concept: the restaurant was intended to be refined, to inspire nobility, a wonderful relaxing place where to savor delicious dishes, served by a professional team, careful to satisfy the customer’s needs. Aware of our goal, things connected naturally and we took the next steps in creating our project.

We continued with the design concept, with establishing the decorative elements. Together with specialists, we decided to make a fusion between past and present, by placing a welcoming furniture, consisting in modern, cozy couches, wooden floors, but also ancient chairs. We also introduced chic chandeliers, a manually painted bar, tea pots like in the old noble lounges or hand-woven carpets. The stove in the Chimney Room, the Queens’ Bench or the flower pots on the terrace are only a few of the elements that give originality to the place, taking us back in time, in the ‘20s.

It is important to specify that some of the project implementation actions are carried out in parallel, for a better efficiency of the process and for its good operation. Here, we refer to the menu and the recipes, staff recruitment and customer satisfaction management. Or marketing and branding strategies and project development.

We could not miss out the needs of Tea House restaurant customers, who have been in our attention from the beginning, from the moment we set the strategy. The LP Hospitality team knows how important it is to adapt to market demands and to provide the consumer with a fascinating place, of which to be certain that he will choose from the multitude of other offers. The story of a place, its presentation, its advertising and the innovative concept are essential. Plus the geographic positioning, as Tea House Restaurant is situated in a point of maximum visibility: in Bran Castle courtyard, in the Royal Park. Aware of this aspect, we also know the type of public that we are addressing. It is easily understandable that it is numerous and it includes very many typologies. Moreover, we speak of consumers of different ages and nationalities, coming from varied social environments, a much bigger challenge for us, as we wish to please each and every one of our customers.

In order to do so, we have worked on and created the Tea House concept to the smallest details. We also knew that the menu proposed by us should be generous, interesting and refined, able to please any tourist and to enchant even the most experienced gastronomic connoisseur. Once established these ideas, we started to create based on them and to meet our customers with a variety of tastes and flavors, with Romanian, organic dishes, with a selection of special beverages and with fabulous deserts. We also considered the idea to allow groups to organize events with us, to hold conferences or teambuilding meetings, because the space permits it. We therefore thought in terms of profitability and of brand development. All these aspects have been passed through the marketing filter, so that we may place ourselves on a better position, to draw clients and to make Tea House an important name in HoReCa industry.

One first step in that direction had already been taken, because in less than one year after its opening, Tea House Restaurant was nominated at Horeca Awards 2017, ”Best newly-open restaurant” section. The LP Hospitality team has given this project increased attention, as is happens with all of which the team is involved, and the focus for every little detail and the experience in entrepreneurship has helped us to associate it with the perfect professionalism. A project developed with excellence and efficiency, successfully completed by the LP Hospitality team.